Brain-to-brain communication: The next human superpower 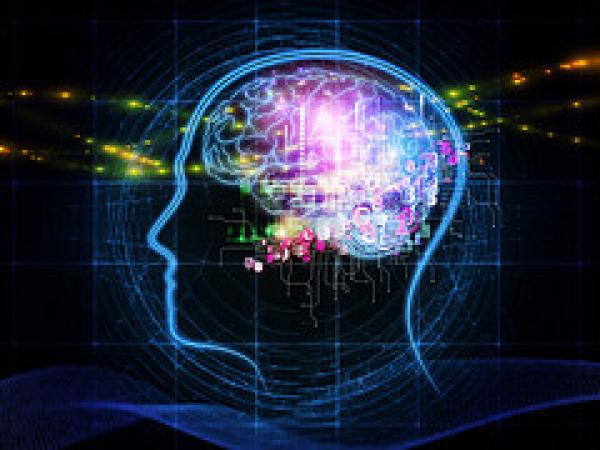 Brain-to-brain communication: The next human superpower

A brain to brain connection where you can make others think what you’re thinking, a thought projection.

If you could have one superpower what would it be? It might be cool to fly from place to place, avoiding those dreaded airport lines. Super strength might be nice too. You could lift up cars to save people and be hailed as a hero. Or you could have telepathic powers, reading someone’s every thought. Good for a laugh I guess. But what if I told you that scientists are getting one step closer to bringing humans the ability to have a super power: mind control?

You may know a little about mind control, a common theme throughout the world of science fiction. We’ve seen the Vulcans use mind control and it’s one of the wondrous capabilities of the force. You don’t have to be a Star Trek or Star Wars fan to appreciate mind control either. There’ve even been a large amount of government-related conspiracies involving mind control like MK-Ultra or the chemtrails. Everyone has their own position on mind control, negative or positive.

So, you might be thinking, “How do I possess these powers?” With the help of a glorious invention the internet scientists have completed: brain to brain interface.

The next step could be to give people with severe disabilities the ability to communicate to the world.

We’ve already created the power of brain to computer interface, where your thoughts are identified and read by a sensor. The world of prosthetics has also been hugely impacted, where an amputee can control their robotic arm with thoughts. At Harvard, an experiment was conducted where a human was able to get a rat to move its tail with his mind.

“Brain-computer interface is something people have been talking about for a long, long time,” says Chantel Prat, assistant professor in psychology at the UW’s Institute for Learning & Brain Sciences. “We plugged a brain into the most complex computer anyone has ever studied and that is another brain.”

What exactly does this mean for you?

To put it into perspective, I’m sure you’ve had a moment or two where an embarrassing thought popped into your head. Something like, “Y’know Donald Trump might be a good presidential candidate. His arguments might have some validity to them.” Then immediately pray that no one in your immediate vicinity can read minds. Well, it’ll be something like that, except you’d be controlling which of your thoughts others can hear.

So I’m not saying we’re going to have a world of full on mind control, but science is moving one step closer in that direction. A brain to brain connection where you can make others think what you’re thinking, a thought projection. We’ve gotten to the point where man can make machine do what it wants with brain waves, but the next step in science is being able to connect with another human on a brain to brain level. A brain to brain connection isn’t some farfetched idea either as it’s been done on countless occasions. Research published in Plos One shows the success of such experiments.

Alvaro Pascual-Leone, conductor of one of the Brain to Brain experiments, is Director of the Berenson-Allen Center for Non-Invasive Brain Stimulation at Beth Israel Deaconess Medical Center (BIDMC) and Professor of Neurology at Harvard Medical School, says, "We wanted to find out if one could communicate directly between two people by reading out the brain activity from one person and injecting brain activity into the second person and do so across great physical distances by leveraging existing communication pathways.”

Now, you might be picturing two people standing on different parts of the world, one thinking, “You want to assassinate the president, young simpleton, do as I say.” Then another man drops his fork, gets up from his family dinner and heads out to complete the tasks. His family’s left sitting in wonder as the man of the house wanders off on some unspoken journey. Well, no need to worry because science is far from that stage of the game. In the current state of brain to brain communication, you need to be hooked up to two machines in order for it to work. Pascual-Leone explains, "By using advanced precision neuro-technologies including wireless EEG and robotized TMS, we were able to directly and noninvasively transmit a thought from one person to another, without them having to speak or write.”

For example, University of Washington researchers Rajesh Rao and Andrea Stocco have completed a successful experiment where Rao was able to control Stocco’s movements with his mind. The two researchers were placed in two different rooms, having no contact or ability to see what the other was doing. Rao, connected to the EEG, and Stocco, connected to the TMS. The experiment involved Rao playing a video game with his mind. When Rao wanted to hit the “fire” button in his mind, he sent the thoughts through the EEG. When Stocco receiver the thought his right hand finger hit the physical “fire” button on his key board.