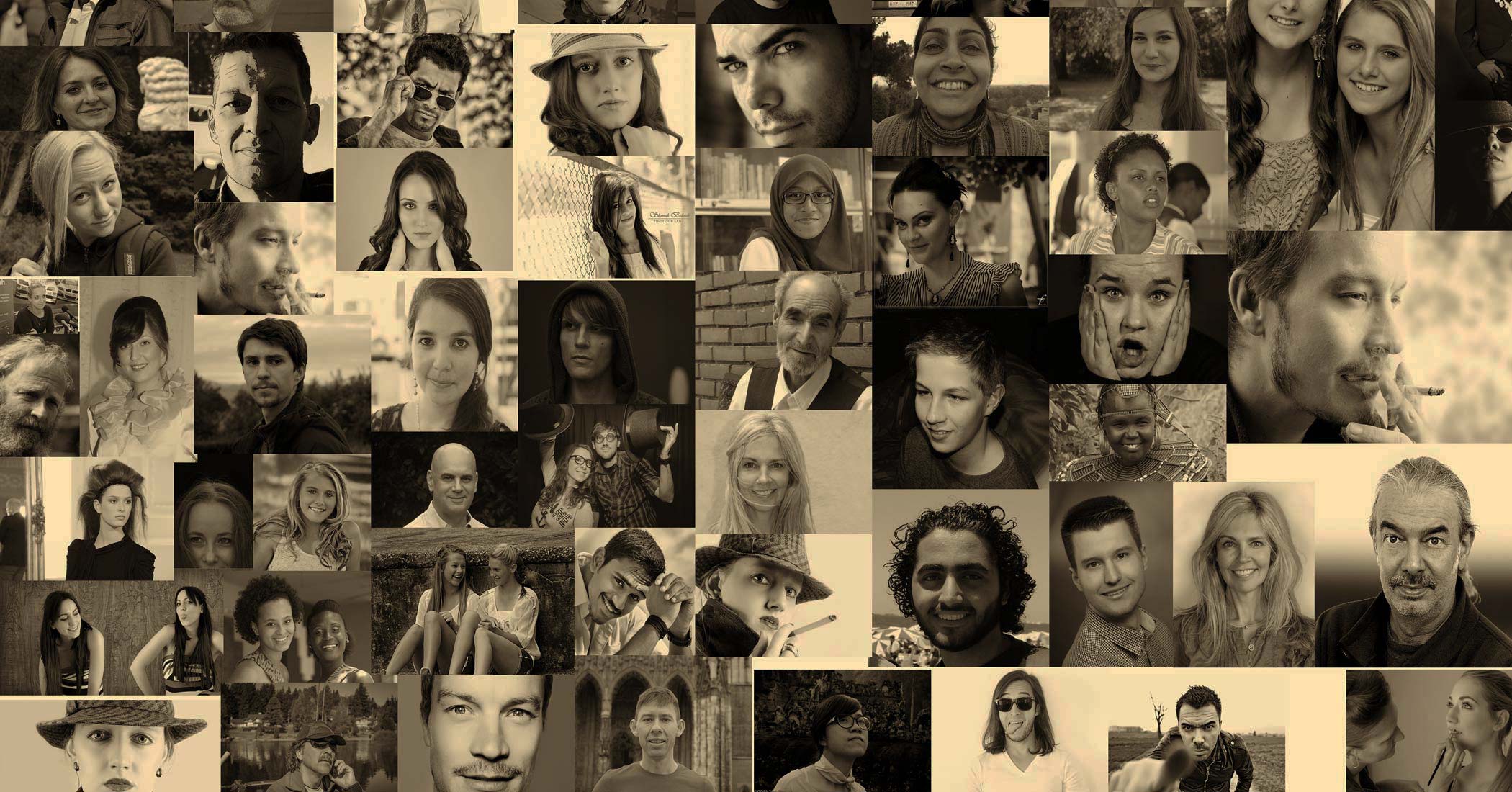 How will Gen Xers, Millennials, and Centennials reshape our future world? What is the future of growing old and death itself? Learn insider secrets about the future of human population.

In 2018, researchers at the Biogerontology Research Foundation and the International Longevity Alliance submitted a joint proposal to the World Health Organization to re-classify aging as a disease. Months later, 11th Revision of the International Classification of Diseases (ICD-11) officially introduced some aging-related conditions such as age-associated cognitive decline.

This matters because, for the first time in human history, the once natural process of aging is becoming recontextualized as a condition to be treated and prevented. This will gradually lead to pharmaceutical companies and governments redirecting funding to new drugs and therapies that not only extend human life expectancy but reverse the effects of aging entirely.

Thus far, people in developed nations have seen their average life expectancy rise from ~35 in 1820 to 80 in 2003. And with the advances you're about to learn about, you'll see how that progression will continue until 80 becomes the new 40. In fact, the first humans expected to live to 150 may have already been born.

We're entering into an era where we'll not only enjoy increased life expectancy, but also more youthful bodies well into old age. With enough time, science will even find a way to stunt aging altogether. In all, we're about to enter the brave new world of superlongevity.

For this chapter’s purposes, whenever we refer to superlongevity or life extension, we’re referring to any process that extends the average human lifespan into the triple digits.

Meanwhile, when we mention immortality, what we really mean is the absence of biological aging. In other words, once you reach an age of physical maturity (potentially around your 30s), your body’s natural aging mechanism will be turned off and replaced by an ongoing biological maintenance process that keeps your age constant from then on. However, this doesn’t mean that you’re immune from going crazy or immune from the deadly effects of jumping off a skyscraper without a parachute.

(Some people are beginning to use the term ‘ammortality’ to refer to this version of limited immortality, but until that catches on, we’ll just stick to ‘immortality.’)

Why do we age at all?

To be clear, there is no universal rule in nature that says all living animals or plants must have a set lifespan of 100 years. Marine species such as the Bowhead whale and Greenland Shark are recorded to live for over 200 years, whereas the longest living Galapagos Giant Tortoise died recently at the ripe old age of 176. Meanwhile, deep sea creatures such as certain jellyfish, sponges, and corals do not appear to age at all.

The rate that humans age and the total length of time our bodies allow us to age is largely influenced by evolution, and, as outlined in the intro, by advances in medicine.

The nuts and bolts of exactly why we age are still unclear, but researchers are zeroing in on a few theories that indicate genetic errors and environmental contaminants are most to blame. Specifically, the complex molecules and cells that make up our bodies replicate and repair themselves constantly over the many years of our lives. Over time, enough genetic errors and contaminants accumulate in our body to gradually deteriorate these complex molecules and cells, causing them to become increasingly dysfunctional until they stop working entirely.

Thankfully, thanks to science, this century may see an end to these genetic errors and environmental contaminants, and that may grant us many extra years to look forward to.

When it comes to achieving biological immortality (or at least substantially extended lifespans), there will never be a single elixir that permanently ends our aging process. Instead, aging prevention will involve a series of minor medical therapies that will eventually become part of a person's annual wellness or health maintenance regimen.

The goal of these therapies will be to shut down aging’s genetic components, while also healing all of the damage and injuries our bodies experience during our day-to-day interactions with the environment we live in. Due to this holistic approach, much of the science behind extending our lifespans works in tandem with the general healthcare industry’s goals of curing all diseases and healing all injuries (explored in our Future of Health series).

Keeping this in mind, we’ve broken down the latest research behind life extension therapies based on their approaches:

Senolytic Drugs. Scientists are experimenting with a variety of drugs they hope can stop the biological process of aging (Senescence is the fancy jargon word for this) and significantly extend human lifespans. Leading examples of these senolytic drugs include:

Organ replacement. Explored fully in chapter four of our Future of Health series, we will soon enter a time where failing organs will be replaced by better, longer lasting, and rejection-proof artificial organs. Moreover, for those who don't like the idea of installing a machine heart to pump your blood, we are also experimenting with 3D printing working, organic organs, using our body's stems cells. Together, these organ replacement options could potentially push the average human lifespan into the 120s to 130s, as death by organ failure will become a thing of the past.

Gene editing and gene therapy. Explored fully in chapter three of our Future of Health series, we are fast entering an age where for the first time, humans will have direct control over our species' genetic code. This means we will finally have the ability to fix mutations in our DNA by replacing them with healthy DNA. Initially, between 2020 to 2030, this will spell the end of most genetic diseases, but by 2035 to 2045, we will know enough about our DNA to edit those elements that contribute to the aging process. In fact, early experiments into editing the DNA of mice and flies have already proven successful in extending their lifespans.

Once we perfect this science, we can then make decisions about editing lifespan extension straight into our children's DNA. Learn more about designer babies in our Future of Human Evolution series.

Nanotechnology. Explored fully in chapter four of our Future of Health series, Nanotechnology is a broad term for any form of science, engineering, and technology that measures, manipulates or incorporates materials at a scale of 1 and 100 nanometers (smaller than a single human cell). The use of these microscopic machines are still decades away, but when they become a reality, future doctors will simply inject us with a needle filled with billions of nanomachines that will then swim through our bodies repairing any form of age-related damage they find.

Assuming we transition to a world where everyone lives substantially longer lives (say, up to 150) with stronger, more youthful bodies, current and future generations who enjoy this luxury will likely have to rethink how they plan their entire lives.

Today, based on a widely expected lifespan of roughly 80-85 years, most people follow the basic life-stage formula where you stay in school and learn a profession until the age of 22-25, establish your career and enter into a serious long-term relationship by 30, start a family and purchase a mortgage by 40, raise your children and save for retirement until you reach 65, then you retire, trying to enjoy your remaining years by conservatively spending your nest egg.

However, if that expected lifespan extended to 150, the life-stage formula described above is completely scrapped. To start, there will be less pressure to:

And for governments worried about providing for generations of elderly citizens (as outlined in the previous chapter), the widespread implementation of life extension therapies could be a godsend. A population with this kind of lifespan could counter the negative effects of a declining population growth rate, keep a nation’s productivity levels stable, maintain our current consumption-based economy, and reduce national expenditure on healthcare and social security.

(For those who think that widespread life extension will lead to an impossibly overpopulated world, please read the end of chapter four of this series.)

But is immortality desirable?

A few fictional works have explored the idea of a society of immortals and most have depicted it as a curse more so than a blessing. For one, we have no clue whether the human mind can stay sharp, functional or even sane for well over a century. Without the widespread use of advanced nootropics, we could potentially end up with a massive generation of senile immortals.

The other concern is whether people can value life without accepting death is a part of their future. For some, immortality may breed a lack of the motivation to actively experience key life events or pursue and accomplish substantial goals.

On the flip side, you can also make the argument that with an extended or unlimited lifespan, you will have the time to take on projects and challenges that you may have never considered. As a society, we might even take better care of our collective environment since we will remain alive long enough to see the negative effects of climate change.

A different kind of immortality

We're already experiencing record levels of wealth inequality in the world, and that's why when talking about immortality, we also have to consider how it might worsen that divide. History has shown that whenever a new, elective medical therapy comes onto the market (similar to new plastic surgery or dental prosthetics procedures), it's initially usually only affordable by the wealthy.

This raises the concern of creating a class of wealthy immortals whose lives will far exceed those of the poor and middle class. Such a scenario is bound to produce an extra level social instability as those from lower socioeconomic backgrounds will see their loved ones dying from old age, while the rich not only begin to live longer but also age backward.

Of course, such a scenario would only be temporary as the forces of capitalism would eventually bring down the price of these life extension therapies within a decade or two of their release (no later than 2050). But during that interim, those with limited means may opt for a new and more affordable form of immortality, one that will redefine death as we know it, and one that will be covered in the last chapter of this series.

How Generation X will change the world: Future of human population P1

How Millennials will change the world: Future of human population P2