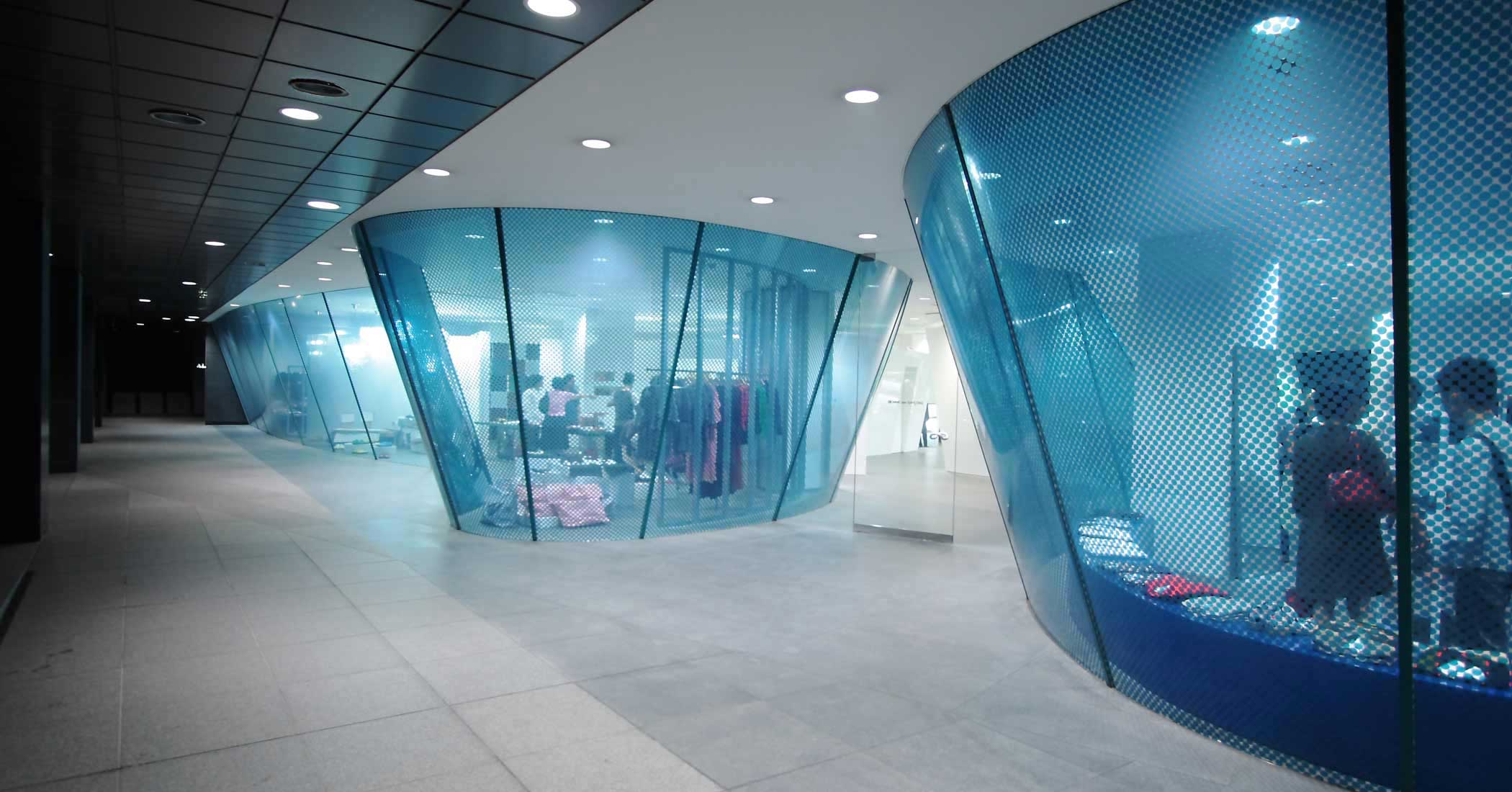 The web won’t kill the mall. It will merge with it. Learn insider secrets about the future of retail.

Retail store associates knowing more about your tastes than your closest friends. The death of the cashier and rise of frictionless shopping. The merging of brick and mortar with e-commerce. Thus far in our Future of Retail series, we've covered a number of emerging trends that are set to redefine your future shopping experience. And yet, these near-term forecasts pale in comparison to how the shopping experience will evolve in the 2030s and 2040s.

Over the course of this chapter, we’ll dive headfirst into the various tech, government, and economic trends that will reshape retail over the coming decades.

5G, IoT, and smart everything

By the mid-2020s, 5G internet will become the new norm among industrialized nations. And while this may not sound like such a big deal, you need to keep in mind that the connectivity 5G will enable will be leaps and bounds above the 4G standard some of us enjoy today.

3G gave us pictures. 4G gave us video. But 5G's unbelievably low latency will make the inanimate world around us come alive—it will enable live-streaming VR, more responsive autonomous vehicles, and most important of all, real-time tracking of every connected device. In other words, 5G will help enable the rise of the Internet of Things (IoT).

As discussed throughout our Future of the Internet series, the IoT will involve installing or manufacturing tiny computers or sensors into everything around us, allowing every item in our surroundings to wirelessly communicate with every other item.

In your life, IoT could allow your food containers to ‘talk' with your fridge, letting it know whenever you're running low on food. Your fridge could then communicate with your Amazon account and automatically order a new supply of groceries that remains within your predefined monthly food budget. Once said groceries are collected at the nearby food depot, Amazon can communicate with your self-driving car, prompting it to drive out on your behalf to pick up the groceries. A warehouse robot would then carry your package of groceries and load it into the truck of your car within seconds of it pulling into the depot's loading line. Your car would then drive itself back to your home and notify your home computer of its arrival. From there, Apple's Siri, Amazon's Alexa, or Google's AI will announce that your groceries have arrived and to go pick it up from your trunk. (Note that we probably missed a few steps in there, but you get the point.)

While 5G and the IoT will have much broader and positive implications on how businesses, cities, and countries are managed, for the average person, these emerging tech trends could remove the stress, even the thought necessary to purchase your essential daily goods. And combined with the big data all these giant, Silicon Valley companies are collecting from you, expect a future where retailers pre-order you clothing, electronics, and most other consumer goods without you needing to ask. These companies, or more specifically, their artificial intelligence systems will know you that well.

3D printing becomes the next Napster

I know what you're thinking, the hype train around 3D printing has come and gone already. And while that might be true today, at Quantumrun, we're still bullish about this tech's future potential. It's just that we feel it will take time before more advanced versions of these printers become simple enough for the mainstream.

However, by the early 2030s, 3D printers will become a standard appliance in almost every home, similar to an oven or microwave today. Their size and the variety of things they print will vary based on the living space and income of the owner. For example, these printers (whether they are all-in-one or specialist models) will be able to use plastics, metals, and fabrics to print small household products, replacement parts, simple tools, decorative items, simple clothing, and much more. Heck, some printers will even be able to print food!

But for the retail industry, 3D printers will represent a massively largest disruptive force, affecting both in-store and online sales.

Obviously, this will become an intellectual property war. People will want to print the products they see on shelves or racks for free (or at least, at the cost of the print materials), whereas retailers will demand that people buy their goods at their stores or e-stores. Ultimately, just as the music industry knows all too well, the results will be mixed. Again, the topic of 3D printers will have its own future series, but their effects on the retail industry will largely be as follows:

Retailers who specialize in goods that can easily be 3D printed will fully close their remaining traditional storefronts and replace them with smaller, overly branded, shopper-experience focused product/service showrooms. They will conserve their resources toward enforcing their IP rights (similar to the music industry) and will ultimately become pure product design and branding companies, selling and licensing to individuals and local 3D printing centers the right to print their products. In a way, this trend toward becoming product design and branding companies is already the case for most big retail brands, but during the 2030s, they will cede almost all control over the production and distribution of their end product.

For luxury retailers, 3D printing won't impact their bottom line any more than product knockoffs from China do today. It will just become another issue that their IP lawyers will fight against. The reality is that even in the future, people will pay for the real thing and knockoffs will always be spotted for what they are. By the 2030s, luxury retailers will be among the last places where people will practice traditional shopping (i.e. trying out and buying products from the store).

In between these two extremes are those retailers who produce moderately priced goods/services that cannot be easily 3D printed—these may include shoes, wood products, intricate fabric clothing, electronics, etc. For these retailers, they will practice a multi-pronged strategy of maintaining a large network of branded showrooms, IP protection and licensing of their simpler product lines, and increased R&D to produce sought after products that the public can't easily print at home.

In our Future of Work series, we go into great detail about how automation is the new outsourcing, how robots are increasingly going to take away more blue and white collar jobs than the jobs corporations outsourced overseas during the 1980s and 90s.

What this means is that product manufacturers will no longer need to establish factories where labor is cheap (no human will ever work as cheaply as robots). Instead, product manufacturers will be incentivized to base their factories closer to their end customers to minimize their shipping costs. As a result, all the companies that outsourced their manufacturing overseas during the 90s will import their manufacturing back inside their developed home nations by the late 2020s to early 2030s.

From one perspective, robots with no need for a salary, powered by cheap to free solar power, will manufacture goods more cheaply than at any time in human history. Combine this progress with automated trucking and delivery services that will drag down the costs of shipping, and we’ll all live in a world where consumer goods will become cheap and abundant.

This development will allow retailers to either sell at deep discounts or at ever higher margins. Moreover, being so close to the end customer, instead of product development cycles needing to be planned six months to a year out, new clothing lines or consumer goods can be conceptualized, designed, manufactured, and sold in stores within one to three months—similar to the fast fashion trend today, but on steroids and for every product category.

The downside, of course, is that if robots take most of our jobs, how will anyone have enough money to buy anything?

Again, in our Future of Work series, we explain how future governments will be forced to enact some form of the Universal Basic Income (UBI) in order to avoid mass riots and social order. Simply put, the UBI is an income granted to all citizens (rich and poor) individually and unconditionally, i.e. without a means test or work requirement. It’s the government giving you free money every month.

Once in place, the vast majority of citizens will have more free time (being unemployed) and a guaranteed amount of disposable income. The profile of this kind of shopper matches fairly well with that of teenagers and young professionals, a consumer profile that retailers know all too well.

Brands in the future become more important than ever

Between 3D printers and automated, local manufacturing, the cost of goods in the future have nowhere to go but down. While these technological advances will bring humanity a wealth of abundance and a reduced cost of living for every man, woman, and child, for most retailers, the mid-to-late 2030s will represent a permanent deflationary period.

Ultimately, the future will break down enough barriers to allow people to buy anything from anywhere, from anyone, at any time, at rock bottom prices, often with same day delivery. In a way, things will become worthless. And it will be a disaster for the Silicon Valley companies, like Amazon, that will be enabling this manufacturing revolution.

However, in a period where the price of things become trivial, people will increasingly care about the stories behind the things and services they buy, and more important, building relationships with those behind these products and services. In this period, branding will once again become king and those retailers who understand that will thrive. Nike shoes, for example, cost a few dollars to make, but are sold for well over a hundred at retail. And don’t get me started on Apple.

To compete, these giant retailers will continue to find innovative ways to engage shoppers on a long term basis and lock them into a community of like-minded people. This will be the only way that retailers will be able to sell at a premium and fight against the deflationary pressures of the day.

At the end of the day, we buy food when we’re hungry. We buy basic products and furnishings to feel comfortable in our homes. We buy clothes to keep warm and express our feelings, values, and personalities outwardly. We shop as a form of entertainment and discovery. As much as all these trends will change the ways retailers allow us to shop, the whys won’t change all that much.